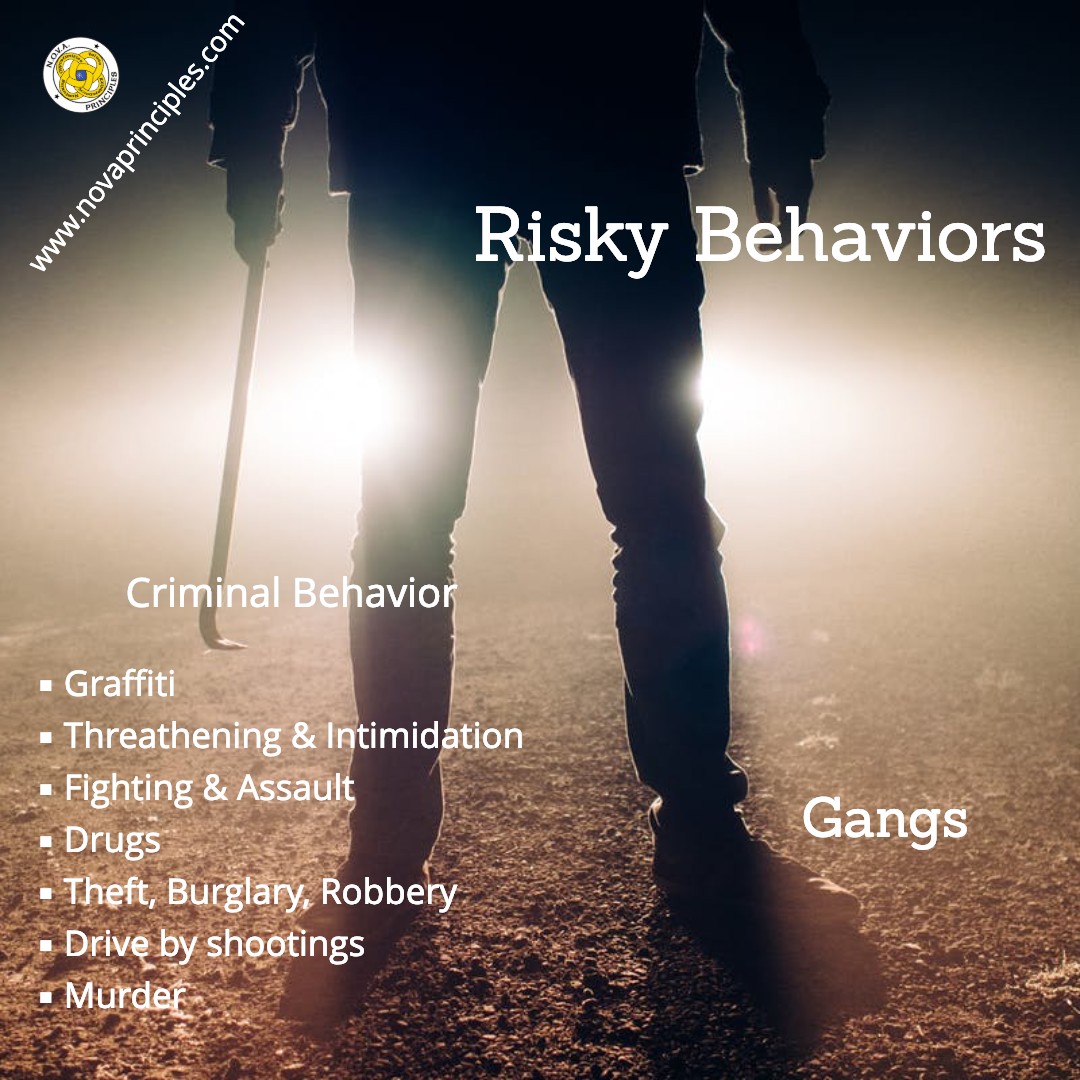 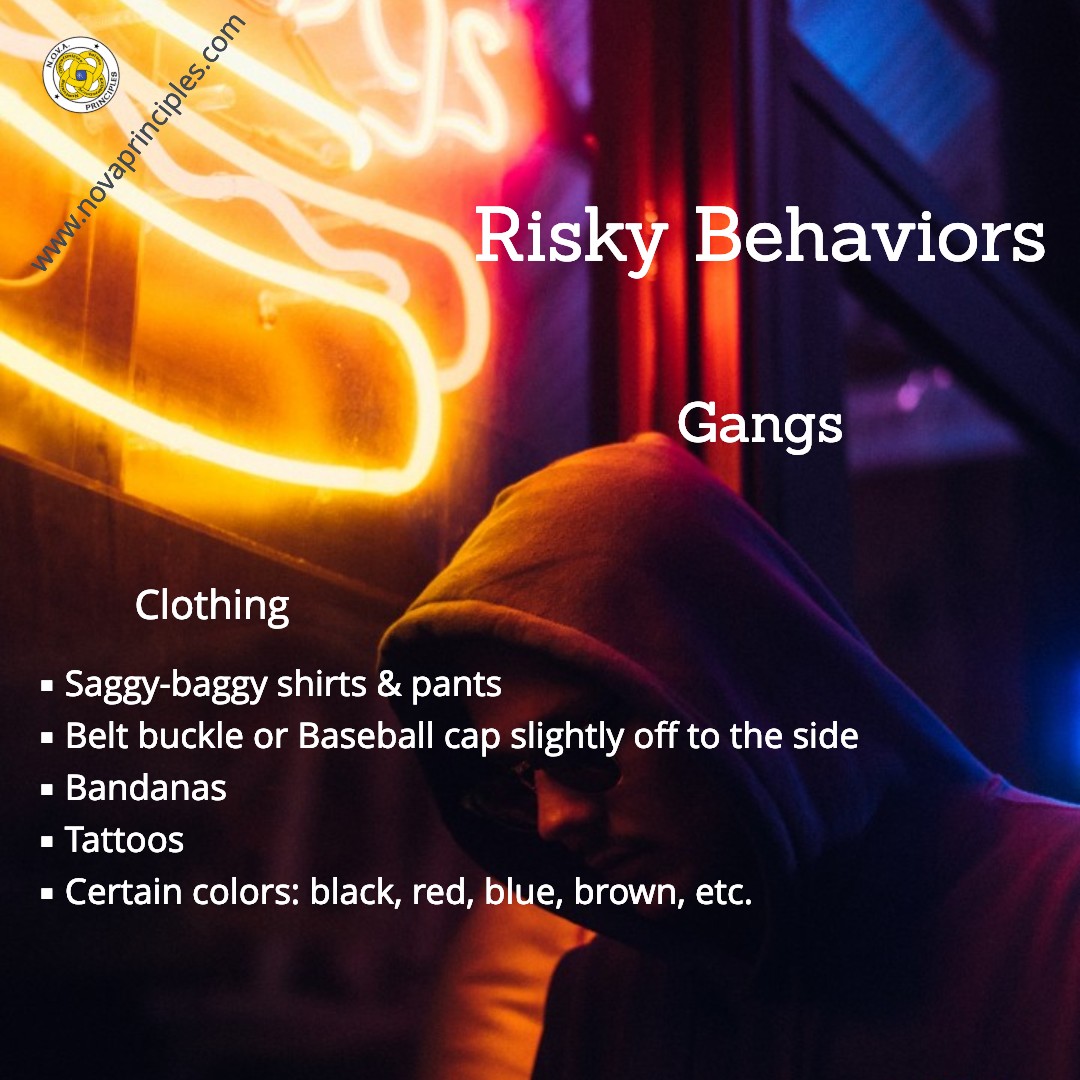 After students have answered these questions, they are given the following information about Gangs.

1.  A Gang is a group of people who hang out together and are involved in criminal activity.

3. Many Gangs like to identify themselves by wearing certain clothing, suchas:
●    Saggy-baggy shirts and pants.
●    One pant leg rolled up.
●    Belt buckle or Baseball cap slightly off to the right or left side.
●    Bandannas.
●    Tattoos.
●    Certain colors such as black, red, blue, brown, etc..

Students are shown pictures of the following people and are asked to identify them and explain what they do:

Students are taught the following about Stereotyping:
1.  Stereotyping is when you classify a person to a certain idea based on what they look like.
2.  A typical example of Stereotyping would be: “He’s a Police Officer because he’s wearing a uniform.”
3.  Stereotyping is basically harmless unless it’s done to put down, make fun of, or injure someone, then it becomes harmful and wrong.

Students are taught that Stereotyping is what everyone just did to identify the pictures that were shown them, and is a harmless thing we do practically everyday.  They are then asked if they know what could happen to them if they dressed and looked like a Gang Member.  The following information is explained:

1.  If a person dresses or acts like a Gang Member, they could get killed by a Gang or Gang Member.
2.  The problem isn’t that good people or the Police Stereotype a person or think a person is a Gang

Member, because they won’t try to hurt or kill them.

3.  The problem is that Gang Members may Stereotype a person and think that they’re a Gang

It’s explained to the students that the reason we’re talking about Stereotyping and about dressing and looking like a Gang Member is for their safety.   It’s because some students don’t know what can happen to them if they dress and look like a Gang Member.

On the other hand, students are asked what a Successful, Intelligent, Mature, and Respectable person looks like, dresses like and acts like.  (They are confident, happy, have a positive attitude, work hard, are  honest, friendly, caring, well groomed, etc.)

Students are taught the following about Respect:
1.  Respect is to show honor, admiration, love, and courtesy to people and things, including yourself.
2.  Because Gang Members break the law and hurt people, this shows that they are dishonest and

disrespectful bullies that have low self-esteem and Stage 1 Maturity.

When it comes to dealing with Gangs, students are taught the following:
1.  Report the criminal activity of Gangs.  If you don’t, they will continue to hurt people and make

peoples lives miserable.
2.  Stay away from Gangs and Gang Members.  Avoid places where they hang out.
3.  If approached by a Gang or Gang Member, leave quickly, don’t hang around or try to talk to them.
4. Don’t join a Gang, it will lead to nothing but trouble and problems.
5.  When it comes to Gangs and Gang activity, there is no Path to Excellence.
Active Learning Lesson
Students play a game that teaches them that they are responsible for their choices and actions they make.  Students are encouraged to make choices that will lead them to their path of excellence.